Every Fall, the North American Native Plant Society holds its annual general meeting. Awards are presented, and it is an opportunity to hear about what NANPS has accomplished over the past year. 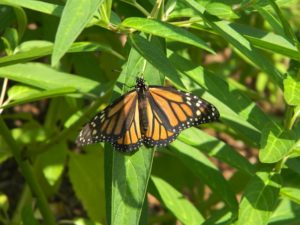 We hope you’ll join us at the Toronto Botanical Garden from noon to 4:00.

October 15, 2016
Our 2015 AGM took place at the Toronto Botanical Garden. Harry Jongerden, Executive Director, spoke about plans and aspirations for “The New TBG: A 21st Century Botanic Garden” which would include more naturalized areas and native plants. He began with a question “So what is a botanical garden anyway?” Within this context, the purposes of education, conservation, science and display are blended together in a shift towards ecosystems and less on unique and exotic species.

Board member, Adam Mohamed, paid tribute to our founder, Jim French, by speaking of Jim’s many accomplishments and contributions to the native plant world. A Celebration of Jim’s Life was held by his family concurrently with the AGM. Jim was and will be greatly missed, especially as a regular speaker at our AGM. In 1986, Jim had the imagination to found an organization to appreciate, cultivate and protect native plants, now known as NANPS. He was its first president and was a director for many years. He was instrumental in acquiring Shining Tree Woods and Zincan Cove. He created a native plant Eden at his Stoney Lake cottage property which he gradually transformed into a nature preserve, he became known locally as “Wildflower Willie”.

The Garden Award was presented to Paul Nichols of Oakville. Paul transformed a fairly typical suburban yard into a pollinator garden comprising around 450 different native plants. In so doing, many wonderful things happened, especially for neighborhood pollinators and birds who benefited greatly. Paul wrote that his goal had been to “mimic a wide array of habitat types in my vicinity. Many of the plants are similar to those I see when I go through walks through the trails in my community and I’ve made an effort to have a diverse range of native plants to support as much wildlife as possible.“ “I use my newly learned expertise to start native gardens at the two schools I teach at while teaching my students about their importance.” Paul’s presentation was very well received! 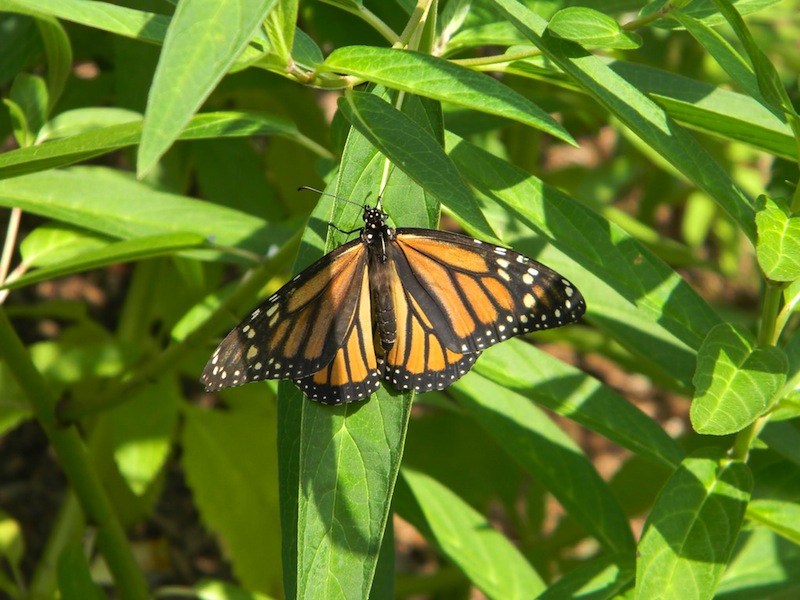 Our keynote speaker was Brandon Larson who is Associate Professor at the University of Waterloo. Brendon spoke about “Redefining our Relationship with Nature: The Case of Invasive Species.”

We are pleased to acknowledge our North American Native Plant Society Award winners for 2014: 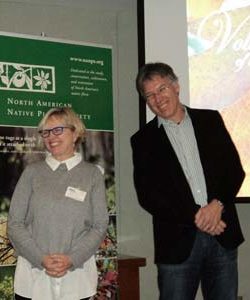 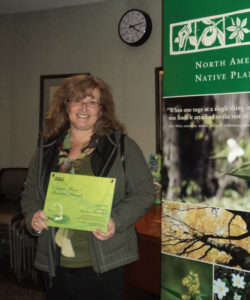 Click on the image above to see a thank you message from Red Mountain Campus.

The North American Native Plant Society would also like to acknowledge Vivienne Denton, co-winner of our Volunteer of the Award who was unable to attend the ceremony at our annual general meeting.