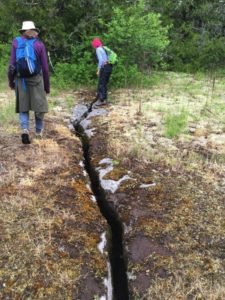 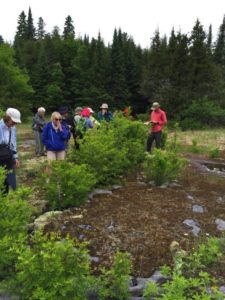 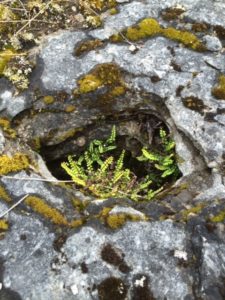 This excursion was a collaboration between NANPS and Peterborough Field Naturalists. The site is beautiful and glacially significant. It is located in the Indian River Valley, a former glacial spillway with karst features, cliffs, caves, alvars and a variety of woodlands. Mike McMurtry, who recently retired from the Natural Heritage Information Centre, Ministry of Natural Resources, Peterborough, was our guide.The NHIC is the conservation data centre for the province, tracking biodiversity and species at risk. 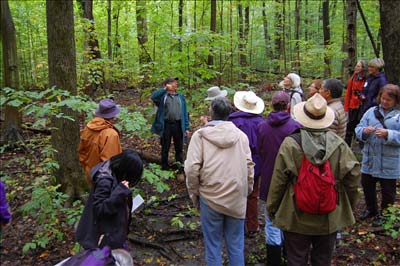 Photos are available at: NANPS Facebook Page
Kevin guided the NANPS group in Shining Tree Woods. We had such an interesting time last year in Backus woods with Kevin Kavanagh as a guide that we are going back to explore more of this great Carolinian woods. We will also visit our own conservation property at Shining Tree Woods and Acorus Restoration, a major native plant nursery and the source of many of the plants at our sale.

Like last year, it will be an all-day bus tour, starting at Wilson TTC station (which has free parking). There will be a pick-up and bathroom break in Ancaster, and the option for people who live in SW Ontario to join the tour as a car pool starting at Backus Woods.

This time we will only be visiting three sites, so that each can be viewed in a thorough and relaxed manner.

This year we’ll explore the north end of Backus Woods. The trail will initially take us through a mature mixed oak and red maple forest. The shrub understory here is quite diverse with witch-hazel, chokecherry, American hazelnut, eastern flowering dogwood, maple-leaved viburnum and some impressive clones of running strawberry bush. In places the trail follows the tops of ancient parabolic sand dunes which support these dry oak forests while only a very short distance below are extensive forested swamps where standing water occurs seasonally as a result of the underlying clay soils which are closer to the surface in these habitats. Further along we will follow the trail as it passes through these forested wetlands dominated by silver maple and ash. Areas with deeper water and where the forest canopy is more open support well developed thickets of buttonbush. A highlight of the mornings walk will be seeing one of the largest and most mature black gum or tupelo swamps in Canada. In addition to the habitats described above, many Carolinian trees, shrubs, vines and herbaceous plants will be seen including some towering specimens of tulip tree, sweet chestnut, horse-balm, yellow mandarin, sassafras and spicebush.

We will then drive to Cultus to see our own property, the 50 acre Shining Tree Woods, which NANPS purchased in April 1994.
STW BrochureShining Tree Woods is an outstanding example of relatively undisturbed Carolinian Woodland. Ten nationally rare plants are found on the site, along with forty regionally uncommon species and five regionally rare plants. Shining Tree Woods is one of only eight habitats in Canada where the cucumber magnolia (Magnolia acuminata) trees are regenerating naturally. NANPS is preserving and maintaining the 33 cucumber magnolia trees, and has planted more trees, with the goal of having 50 mature, naturally regenerating, individual specimens within 25 years. Other rare and endangered species that are found on the property include: American chestnut, tulip tree, black gum, pignut hickory, putty root orchid, yellow mandarin, board beech fern, drooping sedge, and panicled tick trefoil.

In 2009 garlic mustard was found on the property. It has been difficult to deal with this threat from Toronto, as eradication programs have to be done at appropriate times of year, related to the weather and the development of the plants. Next year NANPS Board will have to consider the options for Shining Tree Woods, which include developing a local group of NANPS members who could maintain the property, working with a local conservation group, or even selling the property to a suitable purchaser with a conservation easement to prevent development.

The last stop will be at Acorus restoration. This large native plant nursery supplies many of the plants for our annual spring sale. We will have a chance to tour their operations, and find out about seed collecting and propagation of native plants. They also have a demonstration garden which we will be able to tour. Hopefully, they will have plants for sale.
We will return back to Wilson TTC station, planning to arrive about 7:30 p.m. 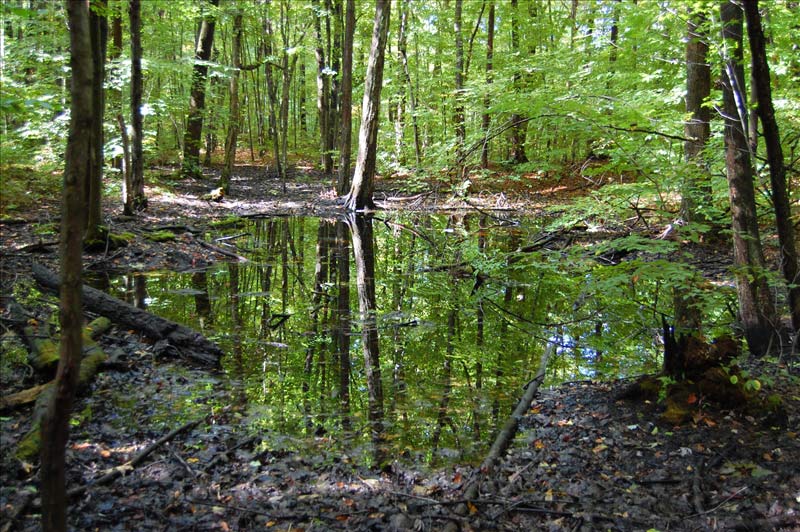